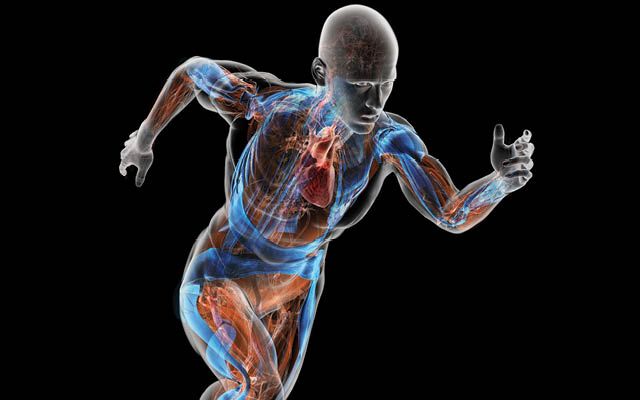 Fascia: What It Is and Why It Matters

A NOT-SO-SIMPLE DEFINITION OF FASCIA On September 17, 2015, the Nomenclature Committee of the Fascia Research Congress came to consensus on the anatomical definition of fascia. This was at the request of the IFAA – the International Federation of Associations of Anatomists. This was a big deal. The IFAA is responsible for maintaining the Terminologia Anatomica, which sets the international standard for terminology in human anatomy. Although that might seem overly obvious, there was a time when the 5,000 structures in the body were referred to by approximately 50,000 different terms. In this capacity the IFAA performs a vital function. Given that the term ‘fascia’ can and has been used rather broadly, the IFAA recognized the need for a new standard definition of fascia and went to the world experts in the field. So, on September 18, 2015, at the Fourth International Fascia Research Congress, Carla Stecco MD presented the new, medical definition of fascia to the 700-plus attendees:

‘Fascia,’ she declared, ‘is a sheath, a sheet, or any number of other dissectible aggregations of connective tissue that forms beneath the skin to attach, enclose, and separate muscles and other internal organs’.

To some this was a let-down, to some it was a great moment and to others it actually felt controversial. In a world where consensus is so hard to come by, why wasn’t this breakthrough being unanimously celebrated? Perhaps it is because in 2007 at the First International Fascia Research Congress, Robert Schleip and Thomas Findley defined fascia as follows:

‘Fascia is the soft tissue component of the connective tissue system that permeates the human body, forming a whole-body continuous three- dimensional matrix of structural support. It interpenetrates and surrounds all organs, muscles, bones, and nerve fibers, creating a unique environment for body systems functioning. The scope of our definition [my emphasis] and interest in fascia extends to all fibrous connective tissues including aponeurosis, ligaments, tendons, retinacula, joint capsules, organ and vessels...'

Now you know why some attendees were disappointed. How could such an integral tissue – some call fascia the ‘the organ of form’ – be limited by such a narrow definition? If one’s interest in fascia is coming from a purely histological or morphological tissue-and-structure perspective then it makes sense to have a very narrow definition. However, if one’s interest is more functional or sensory and if one is curious about the way fascia behaves, then a much broader definition is necessary. Fascia is both a tissue and a system, and as such it has certain properties and functions that were not even hinted at in the new definition for the IFAA. It has been announced that a second definition – a definition of the fascial system – will be forthcoming. This definition will be distinct from the definition of ‘a fascia’ and I suspect that will be much more pleasing, and exciting, for those underwhelmed by the 2015 announcement. In the meantime, we have to start somewhere. So let us begin to comprehend fascia – the most universal, and perhaps most misunderstood, tissue in the body.

FASCIA 101: THE BASICS The most important thing to keep foremost in mind, at all times, is that the fascial net is one continuous structure throughout the body. Anatomy and rehabilitation professor Andry Vleeming once said: ‘Fascia is your soft skeleton’; however, the most important thing to remember, as mentioned above, is that the fascial net is one continuous structure throughout the body. Specific terminologies for clearly identified structures (ie. the mesentery, the deltoid, etc.) are certainly needed, but it is useful if they are used topographically, so we know where we are on the map. As far as the body is concerned, the fascia is all one – one complex, holistic, self-regulating organ. It is capable of being dissected out in pieces to study, obviously, but it is no less a singular unit in nature than the organ known as the skin. How many pieces or parts does the skin have? It is the same with the fascia. The ubiquity of fascia – it is literally everywhere in the body – has made it very difficult to image in any useful way. Recent innovations in ultrasound and computer-assisted imaging, up to and including 3D printing, however, point to a moment in the not too distant future when we may have a fully realized image of the fascial net in all of its complicated splendor. The ‘everywhereness’ of fascia also implies that, indeed, it is all connected, and thus is ‘connective tissue,’ which is a term often used interchangeably with ‘fascia.’ There is also the quite evocative German word for connective tissue Bindgewebe, which makes me think of ‘binding web,’ and from this we get ‘fascial web.’ Please note that the terms ‘fascial net,’ ‘fascial web,’ and ‘fascial system’ will be used interchangeably to prevent jargon fatigue. So, imagine a silvery-white material, flexible and sturdy in equal measure – a substance that surrounds and penetrates every muscle, coats every bone, covers every organ and envelops every nerve. Fascia keeps everything separate yet interconnected at the same time. It is a tissue that, up until recently, was thought to be inert and lifeless. Welcome to the fascia and the fascial web. So now that we have the unity of fascia clearly in our minds, let’s do what humans love to do: take it apart to see how it all works! Don’t worry – we will be putting it back together and hopefully there will be no parts left over. There have been many attempts to categorize fascia in the broader sense. A common categorization is to make the fascia of the limbs appendicular and distinct from the fascia of the back and torso. Another well-meaning attempt suggested organizing fascia into four functional categories: linking, fascicular, compression and separating. As interesting as that idea is, it quickly gets so complicated that you might want to turn around and head back when we have only just begun our journey. So to keep things relatable, we will make four distinctions for fascia based on location.

Superficial Fascia The superficial layer is often described as a fibrous layer of loose connective tissue. Loose because there is not a strong, regular pattern to its organization. This layer is also often described as ‘areolar,’ which can be confusing until one realizes that ‘areolar’ comes from the Latin ‘area,’ meaning ‘open place.’ Superficial fascia is also called pannicular fascia. Superficial fascia is the fascial layer directly underneath a slightly more superficial layer of adipose tissue under the skin. It is fibrous yet highly elastic with variable fat content. It separates the skin from the muscles to allow for normal sliding action on each other. The superficial fascia is involved with thermoregulation, circulation and lymphatic flow. It is also connected to the deep fascia.

Deep Fascia Deep fascia is a dense, well-organized fibrous layer that covers the muscles. This is the layer that butchers and hunters refer to as the ‘silver skin,’ and for good reason. The deep fascia is the body stocking or catsuit layer, with the innermost aspect peeling away to form a discrete pocket around each muscle. This serves to keep everything separate yet interconnected and, in healthy fascia, sliding on each other. Deep fascia includes both the individual muscle pockets, or epimysium, and also the broad, flat sheaths called aponeuroses, that cover muscle groups.

It is in this layer that myofascial force transmission takes place. It is well known that a muscle transmits force longitudinally across a joint, via the myotendinous junction, to create an action. So pick up your coffee or tea and have a sip. There is a whole sequence of force transmission occurring at the shoulder, elbow, wrist joints and fingers. And the fascia is right there along with it, transmitting that force via the epimysium. This fascial force transmission between muscles occurs in neighboring muscles, even antagonistic muscles. It is estimated that about 30% of muscular tension may be transmitted in this way. Understanding more about how these interactions work should lead us to a better understanding of the pathology of chronic muscle problems, repetitive use syndromes, and more. It also explains the common phenomenon where muscle contracting in one area can sometimes be felt very far away. As such, it is proposed that this relationship fosters reciprocal feedback between the muscles and the fascia to better regulate tension and expansion.

Visceral Fascia Visceral fascia includes the fascia surrounding the lungs, heart, and abdominal organs. Visceral fascia suspends the organs within their cavities and includes visceral ligaments that serve to both affix the organs to the body wall and allow for physiological motion.

Viscoelasticity and the Concept of ‘Both/And’ Fascia is a colloid. Gels and emulsions are colloids. A colloid is a substance that contains particles of solid material suspended in a liquid. So, basically, a colloid is both fiber and fluid. As a colloid, fascia exhibits a quality known as viscoelasticity. Viscoelastic materials exhibit both viscous and elastic properties when under pressure. Elasticity is the quality of solid materials to return to their original shape after an outside force is applied to them. This is similar to pulling on a rubber band and then letting go, or, as an example of a bigger elastic deformation, similar to what one would experience after finishing a melting yoga stretch. Viscosity is a measure of a liquid’s resistance to flow. Materials with high viscosity, such as honey, move very slowly compared to something with low viscosity like water. High-viscosity materials seldom return to their original shape; this is called a ‘plastic deformation.’ Ever play with a piece of wet chewing gum? That is plastic deformation. Synthetic viscoelastic materials are used in industrial applications for absorbing shock and dissipating heat. It has been shown that heating fascia decreases its viscosity, making it more fluid and moveable. So there is good science behind warming up before working out, or applying heat to a stiff area of the body. The ability of fascia to slowly deform under load is called ‘creep’. If the load is manageable, the fascia will gradually adapt to it in appropriate ways. Once that load is removed it will gradually return back to its original shape, or creep back. This is why, after sitting through a 2-hour movie, your buttocks do not look like the chair when you stand up. However, if the load is excessive or repeated excessively over a long period of time with no counterbalancing intervention, the fascia can become damaged. So, fascia displays the qualities of both a solid and a liquid.

WHAT IS FASCIA MADE OF? At a basic level, fascia consists of mostly extracellular matrix (ECM) as well as some cells. ECM is composed of watery ground substance and fibers, such as collagen and elastin. The cells are mostly fibroblasts, with mast cells, nerves and vessels as well as others also present. The higher-level structure of fascia has been elucidated by Dr. Jean-Claude Guimberteau, a tendon-transplant surgeon from L’Institut Aquitain de la Main (The Aquitaine Institute of the Hand), France. He has produced the first in vivo pictures of the living fascial system as part of his quest to better understand how tendons slide on each other. The fascia, which initially appears disorganized and chaotic, seems to consist of a network of microvacuoles that allow for the efficient moving and gliding of the adjacent structures. Dr Guimberteau named this sliding system the Multimicrovacular Collagen Absorbing System. The microvacuoles are formed by microfibrils that create polyhedral shapes, which enclose the microvacuole. The microvacuole is filled with glycosaminoglycan gel.

SUMMARY As we have seen, the most important thing to keep foremost in mind, at all times, is that the fascial net is one continuous structure throughout the body. It keeps everything separate yet interconnected at the same time. With this in mind, it is perhaps possible to start reworking the way we think the human body is structured.